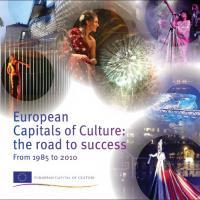 “The European Capitals of Culture are a flagship cultural initiative of the European Union, possibly the best known and most appreciated by European citizens. They are a clear illustration of the EU’s commitment to cultural diversity, but also of how culture can unite people within Europe. Indeed, the Capitals have always been an opportunity for Europeans to meet, to learn about their diversity, but at the same time to enjoy together their common history and values, to cooperate in new initiatives and projects: in other words, to experience the feeling of belonging to the same European community. I am convinced that the European project is fundamentally a "cultural" project. Over and above the task of uniting markets, bringing together the different peoples of this continent with their different ways of life, languages and traditions is clearly a cultural endeavour.

In addition to its intrinsic value, culture is also essential for achieving the EU’s strategic objectives of prosperity and solidarity, and ensuring a stronger presence on the international scene.

European Capitals of Culture are proof that culture has a major role to play at the heart of our policies of sustainable development, because they are part of the long term development of European cities and their regions, as well as a source of stimulus for dynamism, creativity, but also social inclusion.